A Memorial in {Berlin, Krakow, Budapest}

I have mulled over this post for several weeks.  There is no easy way to approach a history in a few words or a few photographs. Here is a list of influences that have matured for me during our walks of the old cities of Eastern Europe:

We stumbled upon the Memorial to the Murdered Jews of Europe (Denkmal für die Ermordeten Juden Europas). Even not knowing at the time what the monument represented, the atmosphere generated by the stone slabs is powerful. Some of the pictures are touched by innocence, some by mystery. Regardless of the criticism and controversy of this monument, it creates a powerful atmosphere.

Continuing down Eastern Europe, we came upon other monuments that are found below.

The site of the Krakow Ghetto lies a few hundred meters from Schindler’s Factory.

Plac Bohaterów Getta memorial to the deported Jews of Krakow

A fifteen minute stroll from our place in Budapest brings us along the Shoes on the Bank of the Danube. 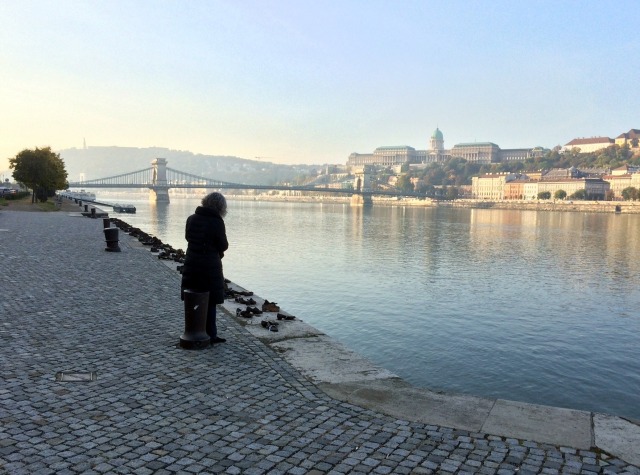 The journey of a single step begins with ideas of a thousand miles.
View all posts by c_in_b →
This entry was posted in Germany, Hungary, memory, Poland, Travel and tagged berlin, budapest, holocaust, krakow. Bookmark the permalink.