Back in July 2016, I visited Flores, Guatemala and Belmopan, Belize.  This afforded me the chance to visit and climb among the ruins at several Mayan cities.  Coming to Cancun in the Yucatan peninsula, we took advantage of visiting three different locations of Mayan cities.  El Rey was just a local bus ride along the Hotel Zone and beaches of Cancun.  We joined a tour to see the pyramids and central city at Cichen Itza.  Finally, we moved from Cancun to Tulum to visit a final location along the coast.

In contrast to the ruins I scaled in Guatemala, Chichen Itza for some years has banned any climbing.  The cities at El Rey and Tulum were commercial and trading hubs that were still active when the Spanish arrived.  Although not so magnificent, the ruins here were very accessible.  Chichen Itza was an administrative and religious center until about the year 1250. Current research suggests Maya still populated the area in the 1500’s but it is not certain whether they inhabited the ruins that exist today. 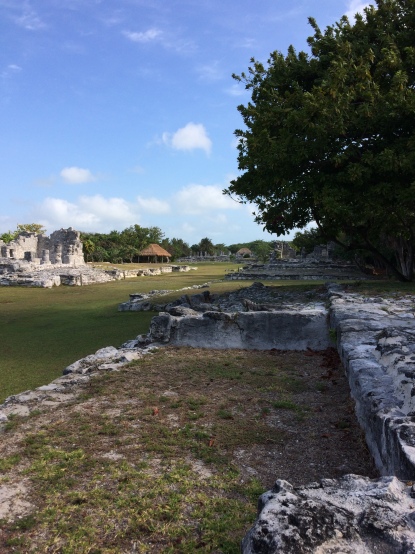 More Iguanas among the ruins

Detail from the Ball Court at Chichen Itza 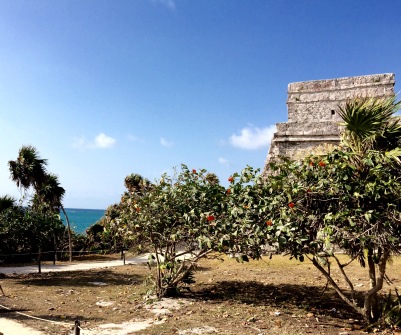 2 thoughts on “Maya Ruins in Mexico”