From Bali on our way to Luang Prabang, Laos, we stopped for ten days in Yogyakarta, Indonesia.  Depending on the age of the literature and the spell checker, this city is also known as Jogjakarta (possibly from the Dutch phonetics). Besides hanging out in one of Indonesia’s tidiest cities, we took the opportunity to see the worlds largest Buddhist temple at Borobudur. With a combination ticket, we were able to see one of the largest Hindu temples in SE Asia at Prambanan.

Our visit was one of contrasts in weather and in timing.  The first day we had partly sunny skies at Borobudur.  On the second day, it alternated between light and heavy rain. We spent two nights in Borobudur while Prambanan was visited in a single afternoon.

In an attempt to capture the experience of these impressive temple complexes, this post tries to contrast views from a distance and up close. In Borobudur we saw from a far, then approached.  In Prambanan, we visited the temples and then on leaving saw them from a far. 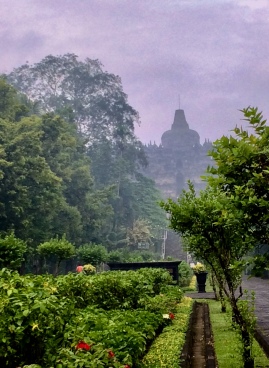 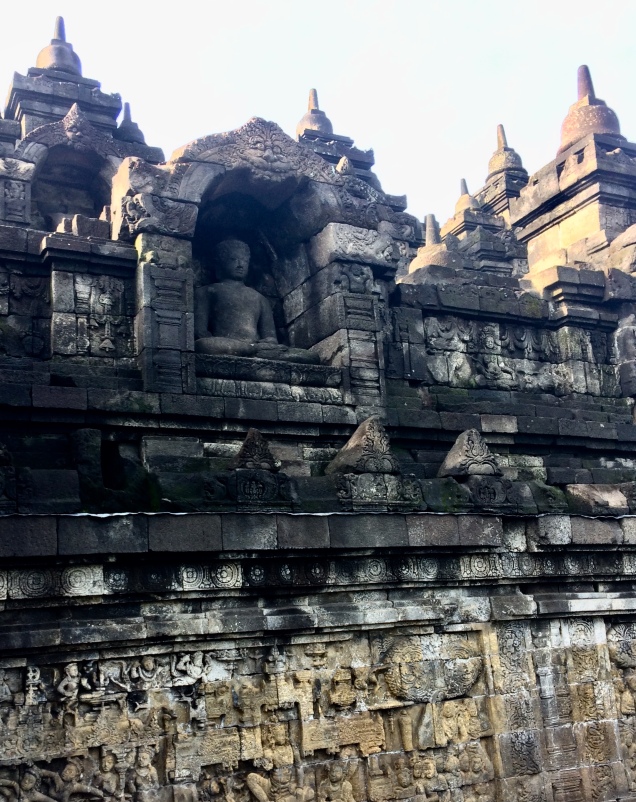 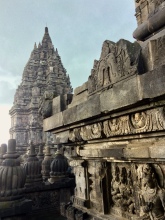 Some other views of the region around Yogyakarta 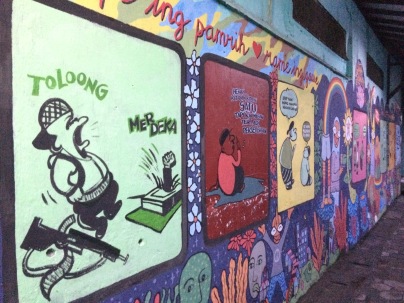 An alley off the main commercial road 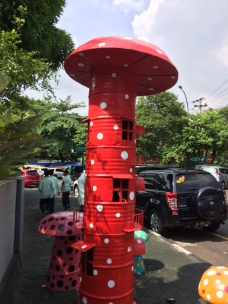 One of many street art sculptures

The journey of a single step begins with ideas of a thousand miles.
View all posts by c_in_b →
This entry was posted in Indonesia, Travel and tagged borobudur, parmbanan, yogyakarta. Bookmark the permalink.

1 Response to Borobudur and Prambanan