We returned to the Asia side of Istanbul on returning from Baku, Azerbaijan.  This time we stayed in the heart of the upmarket neighborhood of Moda in the Kadıköy district.

Cats are popular here, too.  Here are some that try to capture streets from our neighborhood. 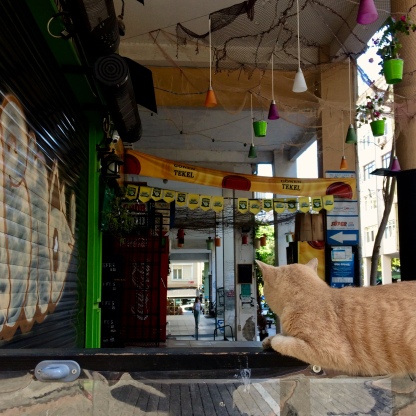 We hiked around a little bit, walking along the Marmara Sea and up Camlica Park (sitting next to a large new mosque). 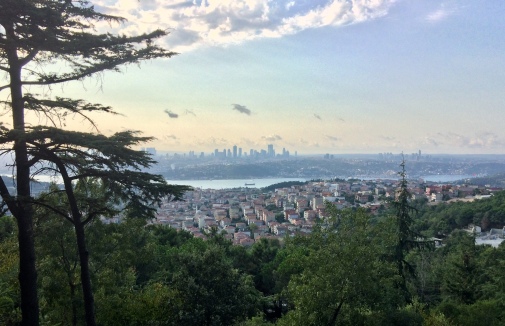 Stopped by a nice little vegan restaurant a few blocks from our place, called Manca Ev Yemekleri. We have cut back on meat in the last six months.  At this point, I had stopped eating carcasses but still ate dairy: yogurt and cheese, mainly and duck eggs when found.  New culinary adventures began at our next stop.

What’s your favorite thing that starts with Turkish:

2 thoughts on “Moda Days, Back from Baku”