Connecting Points on the Map

We have been exiled for the good of the realm in Malaga, Spain. Our journey of exile began in Ceuta on the continent of Africa. Then, by ferry, to Gibraltar, a territory of the British Empire. Finally, to Algeciras, Spain before arriving in Malaga. This is not chronological, but it makes a better story.

Ceuta is a city on a peninsula in the Mediterranean Sea. The western border of the city is the country of Morocco. It is part of Spain and uses the Euro. The famous rock of Gibraltar still belongs to the United Kingdom  as a British Overseas Territory. Algeciras is the main city near the southern most point of the Iberian Peninsula. It is the birth place of the famous guitarist, Paco de Lucia.

These photos capture some impressions as the Convid-19 epidemic began to take hold.

The pillars of Hercules, traditionally the rock of Gibraltar and Monte Hacho in Ceuta 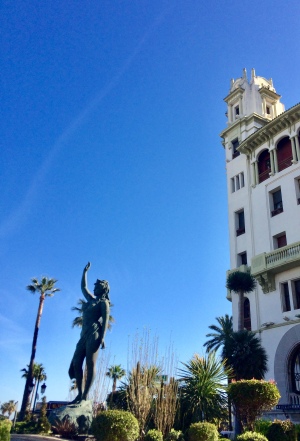 Calypso whose realm is modern Ceuta 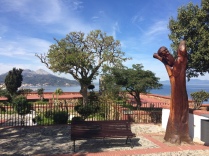 Monte Hacho in the East of Ceuta 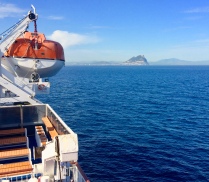 On the ferry, Gibraltar up ahead 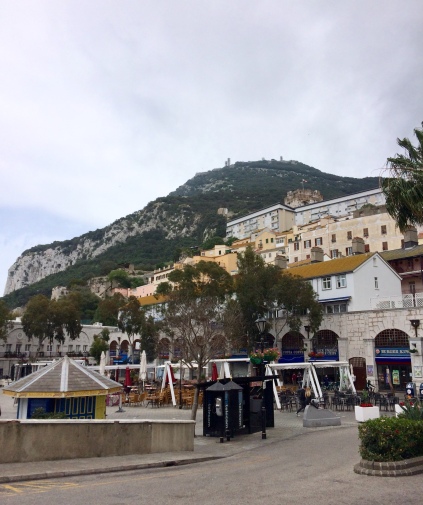 View of Algeciras from the Moorish Castle on Gibraltar

Wisteria was in bloom all over the city

The local Inn up the street, our last days of freedom

The journey of a single step begins with ideas of a thousand miles.
View all posts by c_in_b →
This entry was posted in Exile, Gibraltar, Spain, Travel, United Kingdom and tagged algeciras, calypso, ceuta, rockofgibraltar. Bookmark the permalink.

1 Response to Connecting Points on the Map